Campbell's myth of the hero made real

One devout reader of the blog mentioned in his comment to the final Tainted Love post that it sounded like I had gone through a re-birth a la Joseph Campbell and his Power of Myth. I have not read any of his works but I've seen the Bill Moyers 6 hour interview on PBS several times. We also studied his theory of 'The Myth' in my High School English class so I have learned the pattern of the universal myth he discovered.

If you're not a PBS junkie like myself, you may not have heard of Joseph Campbell. He studied myths and legends from around the world to discover their meaning. He found that every culture had at least one story about the Hero going on a journey, and these myths all followed the same pattern. He decided that means this is the universal human myth, a story that we all need to hear no matter our culture, time, nor history. George Lucas reportedly worked with Campbell when writing the script for Star Wars--this may be an urban legend but he definitely used Campbell as an influence. [So what's up with the Mormon myth that Yoda's face was made from Spencer W. Kimball's? He does look an awful lot like him.]

Below I have tried to summarize the necessary elements of the hero's myth:
A youth or innocent hero is forced to begin a journey caused by some tragic event beyond her control. There is some necessary task required of her.
During the journey the hero must die metaphorically and enter 'the belly of the whale', some place that is a metaphor for the womb and subconscious.
Once in the womb, the hero wrestles with the tragic events and his personal attitudes towards them, while undergoing one or more tests of strength/courage/wisdom.
Then the hero emerges from womb by victoriously winning the test, to be re-born as a new person.
Upon completion of the necessary task, the hero returns home bruised, wiser, and having changed and grown significantly.

*I learned this many moons ago so I doubt it's an accurate or complete description of Campbell. But it's close enough to suit the purposes here.

Inspired by my reader, I tried to see if I could line up the events of the finale with Campbell's pattern of the Hero's Myth. I've posted my results below:

My innocence/youthful foolishness:
I can't let go of my feelings and hopes for man who married someone else. I wallow in that comfort zone never straying to find someone new.(not counting long distance because that is safe and unreal)

The tragic event beyond my control:
He marries her

The catalyst for my journey:
Against the odds, We're in the same place in a line for a concert in a city I don't live in. I have to see him and his unhappy marriage for the first time.

The metaphorical womb into which I must go:
The dark warm interior of an old church now used for concerts--to the floor where there is standing room only

The strength/courage test:
To face the reality of my loss unabated for 4 hours. To struggle with my own selfish pity versus my love/sympathy for him. To let go of my fool's desire which I've used as a shield and accept that it's over.

The final battle in the womb:
I see his angry face fighting for the sweaty shirt and I respond with repulsion and sympathy, seeing what he has become and knowing I don't want him.

The victorious rebirth:
I leave the concert venue soaked in sweat having shed the last of my Eros-love for him, replaced with agape-love overwhelming me with sorrow for him.

The hero returns:
I go back to New York feeling old and worn, but free from the burden of his memory. With the knowledge that I am better off without him and having lost him as my paradigm for manhood since he now repulses me.

The necessary task completed:
My heart is reborn and rescued from the dark pit in which he left it, the wounds long since gangrened have been cleansed and scarred over. Thus, I am free to love anew, to love someone else wholly and without regret for another. My eyes are made clean from his shadow so I can truly see other men and new possibilities. The new JL has new hope that she will not die a crusty bitter virgin.
Collection: George, Life

Hmm...very interesting. It makes me want to go back to some of the painful (yet, truth revealing) moments in my life and do something similar to this.

It kind of makes you step back from the situation to get a bigger perspective, while at the same time, makes you take a closer look. Hmmm...

There is a reason why myth is universal. The elements of myth ring true to all of humanity. Especially in moments of tragedy...or at least personal pain. You have just illustrated this by applying the elements to your own personal story. None of us escape this life without a certain amount of pain and tragedy. The trick is taking it and allowing it to shape us for the better. I'm glad you can put that in perspective in your own life. I truly believe that is one of the reasons we go through these things. I have to believe there is a plan behind it for a chance to grow or move to the next step in our personal evolution. I'd lose all hope and faith if I didn't.

No, you won't die a crusty old virgin after all. :)

While I'm a big fan of the heroquest comment, I'm only so so on Campbell, though at this level I'm fond of him, especially in the iteration you've done.

http://adrr.com/hero/ has my musings, far away from yours, which I really enjoyed.

All hail the conquering hero reborn!

(I actually saw Campbell when he came to BYU. My mentor/employer, Prof. S. Kent Brown, was his host. But to be quite honest, I've never been a big Campbell fan, although I surely enjoyed your use of him above.)

http://adrr.com/hero/ oops, now it is updated (the FTP was a little slow)

Provided for your download and use. (Some of these files are almost 100k in size, so on-line reading may be slow for them, others are rather tiny.

* A great example if you aren't familiar with the concept: http://celibateinthecity.blogspot.com/2005/01/campbells-myth-of-hero-made-real.html

Bravo! Bravo! I have waited for this one checking at least two or three times a day since you said you were working on it. I can say I wasn't dissappointed. You put in clear understandable words the thing that I just "felt" applied ro the tainted love post. No you wn't die a crusty virgin, there's no doubt in my mind you're on the right path. Congrats JL

Message from Russel in Retrograde

Ah, finally, some closure on this story. Glad to hear you've had an emotional catharsis.

Russel, I'm glad you liked it. It shouldn't have taken me so long to put it up but I've been bed-ridden with a nasty cold, sorry to keep you waiting.

Thanks for the link, E!

Thanks for all the encouragement dear readers.

Great use of Campbell!

According to the Lucas Documentary, "Empire of Dreams", Lucas did in fact correspond with Campbell during the writing of Star Wars. He had previously studied all of Campbell's works on his own. In the same documentary, the puppeteer who made Yoda, confessed that he used his own profile, as well as that of Albert Einstien, to come up with Yoda. So the bit about Kimball is an urban legend.

JL you should not be so dismissive of the potential of long distance relationships.

Thanks for the info Ian. Good to know, the Yoda thing didn't sound like something that really happened. Long distance relationships? I know some people can do them. I can't. I've tried. And I think psychologically I react to them differently because they feel impossible to me. I am much more quick to open up to someone who doesn't live near me then someone I might have to look at soon.

In George of the Jungle II, George finds out from Tooki that Ape lost everything in a poker game in Las Vegas while Ape was there singing in a nightclub. This prompted George to journey there to help Ape. However George's mother in law schemed to keep George's wife there in LV and had her hypnotized to think she was married to the evil Lyle. George must somehow unhypnotize his wife and get her back to the jungle with Ape and liberate the jungle from lion.

Hmm, the George of the Jungle entry is too much for me.

I'm glad you posted this, it makes Heroquests so clear (which is why I linked to it), even if the comments aren't so clear.

BTW, updated my blog again with a new post.

This is a excellent blog. Keep it going.

This may be of interest to you I have a free online dating service. It pretty much covers dating stuff.

I'll be sure to come back.

Very nice blog, hard to come by these days,

If you have a chance, can you visit my Dating Ideas site

Hey I just love your blog. I also have a dating issue
blog/site. I mostly deals with dating issue
Please come and check it out if you get the time!

The hills are alive with celibate cries... --Moz

To my broken cello fund:


"She, ripe and unplucked, 's
Lain splayed too long in the tortuous boughs : overripe
Now, dour-faced, her fingers
Stiff as twigs, her body woodenly
Askew, she'll ache and wake" 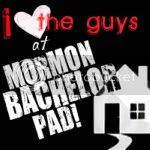 Celibate in the City blog by JL Celibate is licensed under a Creative Commons Attribution-Noncommercial-No Derivative Works 3.0 United States License.